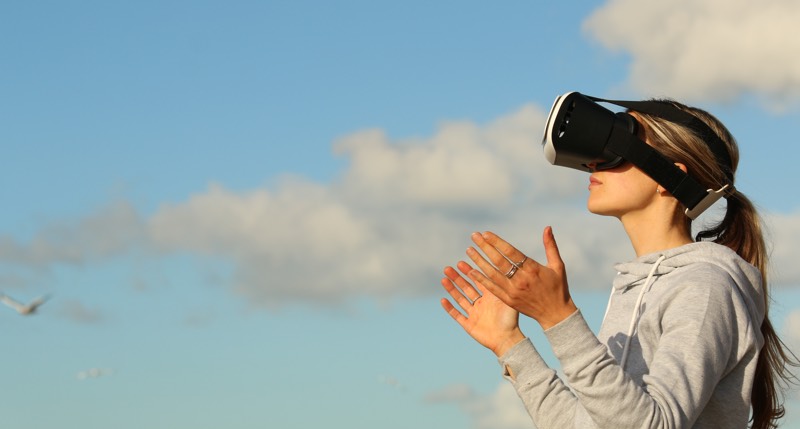 Virtual reality is all the hype right now in the tech world. Whether we like it or not, developers and designers alike are working to create new and exciting experiences unlike any other we are used to witnessing.

These experiences have been around since the ‘80s and are often depicted in movies or games. Until now, technology was often the “hold up” for virtual reality and the platforms it was capable of running on. These days we have gadgets such as the Oculus Rift or Gear VR, HTC Vive, and even that smartphone in your pocket capable of providing you with a real virtual reality experience.

If you are reading this you may have already heard about Google Cardboard.

Google created a cheap way to experience virtual reality with the use of a cardboard holster for your smartphone device. Paired with the companion cardboard application, users can witness realistic virtual experiences without breaking the bank. After google introduced the cardboard viewer more companies decided to create their own versions.

Aside from the gadgets and viewers available, Google has also documented a start to a style guide in regard to design for Google Cardboard. This guide is a part of the increasingly popular Material design philosophy.

Designing for VR is not the same as a 2D experience you might normally design for. Some of the same fundamental concepts carry over but there are numerous factors to consider when migrating to a VR experience. Some factors you may not realize until experiencing VR yourself.

Below I’ve outlined only a few user experience factors. These are merely an attempt to get you “thinking” VR. I highly recommend doing more research on your own. I linked to a few sources at the end of this article.

A VR interface can no longer be 2D. Interfaces now need to exist in a three-dimensional landscape easily accessible by the user. Taking a person’s “field of view” into consideration means providing the user with an accurate interface easily within a viewable realm. If you’ve got a few minutes, Mike Alger, shares terrific research and opinion in the video below on interface design within virtual reality.

Mike mentions people who are web designers may eventually need to become “environmental” designers as the “window” of a typical internet browser may no longer be existent through 2D backward compatibility will still need to exist.

Thinking forward, I feel designers will need to develop new habits in regard to design as opposed to always designing “in the box”. We will need to break the mold of “web standard” and adapt to a new way of thinking about user experience design. I find this both exciting and terrifying as I myself have worked so long with such 2D restrictions. Adding another layer of dimension will undoubtedly open up some massive changes in the way we live.

Being that with virtual reality you essentially escape “real” reality there are certain comfort levels that need to be considered when designing an experience. These comforts can be environmental and physiological.

Fatigue is a common problem in the VR medium. Making a user over-extend their visual boundaries often tires them. People are pretty lazy so it’s best to keep all interactivity or focusable elements inside their forward line of sight.

Google published a great illustration of the ideal XY head movement safe zones. The green zones are the better zones in which the experience should take focus whereas the red or bad zones to design within.

Movement is a new focus on user experience design in the medium of VR. There are no simulated barriers that we may currently be used to. Video games, for example, may seem to highlight the open-world sense of reality but actually have a linear flow for the perspective of the user playing the game. The user is conditioned to believe they can “go anywhere” but the game design itself pushes you in the direction you are supposed to go over time. Designers do a good job disguising this by designing massive landscapes and scenery giving users the open-world experience.

A user playing a virtual game can make the choice to either stand or sit. There is a debate going on if a game or experience should be designed for “standing” or “sitting” or both. It seems that standing would highlight the virtual experience as opposed to sitting in regard to movement.

Gadgets to get started with

There is a massive amount of VR related gadgets on the market already. Some highlight specific features and can run standalone while others are more powerful and require a pretty advanced computer to render.

Most budgets can afford a VR-based experience one way or another. Google’s Cardboard experience is likely the cheapest route.

Keres Ozkan posted a curated list of VR gadgets on Product Hunt if you’re in the market as well.

It’s not all about games

When people think of virtual reality they most likely associate games and futuristic scenes in movies. More and more developers are creating applications other than games that benefit those looking to work more efficiently and effectively from day today. While games certainly lead the VR market right now, I have a feeling it won’t be long before you can do everything you do on a typical desktop system on a VR device.

There is a ton of information available online that’s worth reading into if Virtual reality interests you. Below is a collection of sources I found really interesting. After reading/watching I came away excited about the future of what ’s in store for computing to come.

The current state of UX and VR