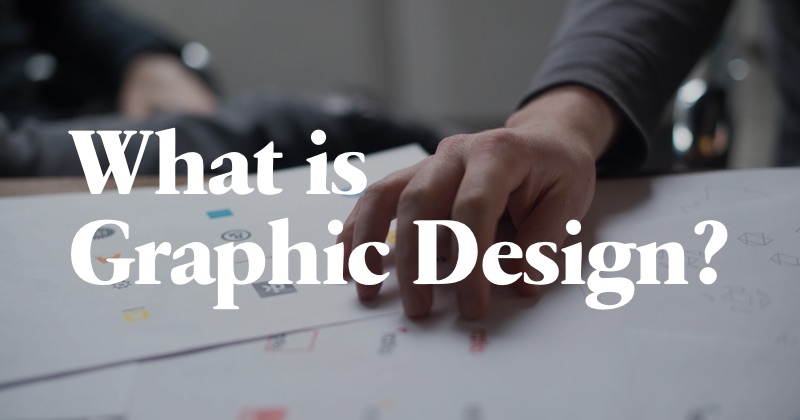 What is Graphic Design?

Graphic design often takes the cake as what most people assume designers in our industry actually do even though there are various forms of design in existence. Often associated with print-based mediums, graphic design at is core is about much more than that. This article takes a stab at uncovering a realistic definition of graphic design as well as what a graphic designer must be knowledgeable in to do their job well.

I believe graphic design is art made to convey a message visually that otherwise would be hard to do in any other method available.

Like you, my attention span is next to nothing as I go about my day-to-day. I focus on only what I need to be doing and try not to let anything disrupt my workflow.

Marketing through graphic design has a history of being in your face. We often see billboards, posters, signage, and more multiple times in a given day. This is graphic design being put to work even though many companies or designers sometimes abuse the privilege and create some shady designs (a topic for another time).

As a graphic designer, it is my job to first capture your attention, then create an impression, and finally cause you to take action. Through visuals, we are tasked with creating some compelling message that will either create an impression you will remember or persuade you to seek out to learn more.

I would also argue most graphic design is highly commercialized to be art for doing business. Sure, there are artists and designers doing art for art’s sake but if you want to earn a living you need to do work for the masses as it keeps the lights on.

Sometimes a graphic designer’s best work isn’t geared towards doing any type of business but rather broadcasting a message our purpose they are passionate about. This is a form of expression through art but also with meaning.

Design has been around us in some shape or form since the beginning of time. Humans are a very busy species. We need to find ways to convey a message quickly. To do this, the most memorable impression you can make is through visual communication. Visual communication is a way to aid the on-looker into understanding a form of iconography, composition, figure, messaging and more.

Combining these forms of communication is the foundational role of a graphic designer. A good designer will be able to use their skills to visual convey a message that almost anyone can decipher. 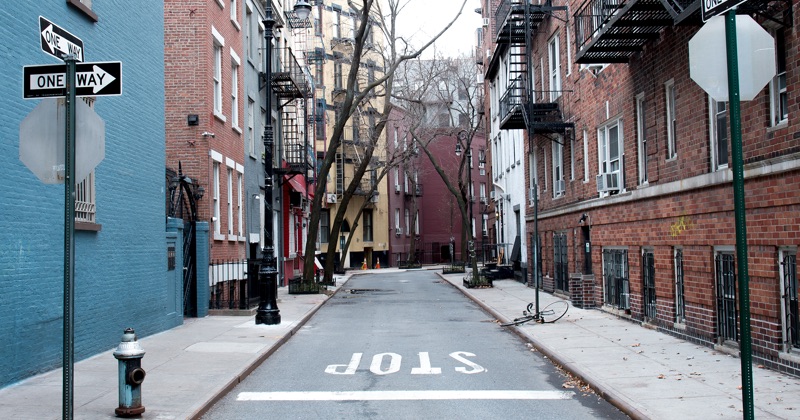 Graphic design isn’t all about advertising. For instance, the signs you see on the roads you travel are designed the way they are for a reason. Everything such as size, color, and typography area all considered during the design of these installations.

The same is true for airports. Imagine being tasked with designing wayfinding graphics so that anyone who speaks any language can recognize them in an instant. Not exactly easy right? 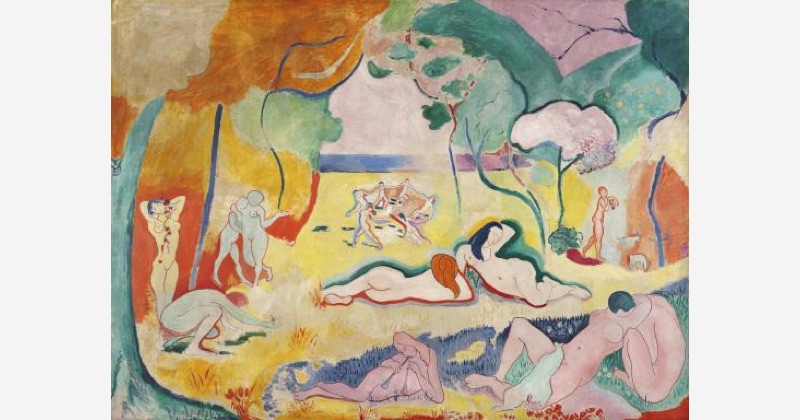 by Heri Mattice via Barnes Foundation

Back in college, I think I learned the most about graphic design by studying the history of it. Like most things, there are periods of time where a certain fad or trend is at its peak. This is ever-present in music, fashion, hairstyles, and art. These periods are often pioneered by artists looking to break the mold and get away from what’s normal even when they aren’t trying.

Graphic design dates back many years B.C. where those living at the time would document things happening around them inside of caves or on stone tablets. As the world evolved in time more artwork was created on canvas or was freeform. I could write an entire series on graphic design history but there’s already a lot of information available which I’ll let you discover on your own. Just remember that many of the designs you see today were greatly influenced by these periods I spoke of earlier.

Some good periods to research are:

Without a doubt, typography is likely the biggest component of graphic design and how you do OR don’t convey a message to an on-looker. In modern day graphic design, we utilize short taglines and headlines to help sell the idea of a product. These are grouped to create branded campaigns. Combined with photographic elements, typography instantly gains your attention though depending on where you live and the languages you speak typography can come in all shapes and sizes. 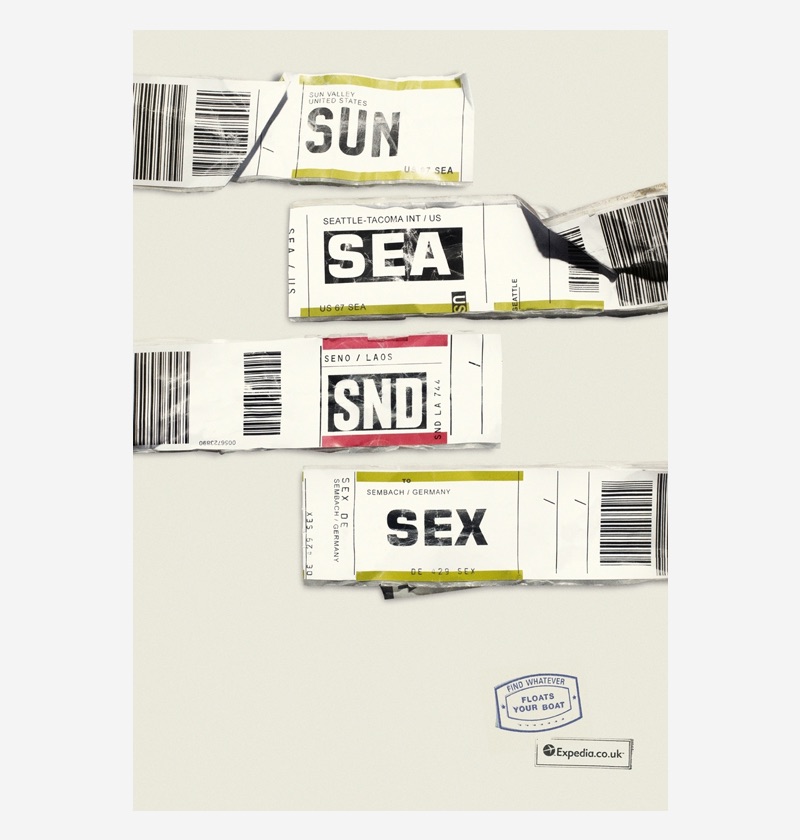 A unique campaign led by [Ogilvy & Mather Group] created a series of luggage tags using the typography to create a message. Since Expedia is known for making booking air travel easy and cheap they took triggered this campaign to maintain a creative but clever edge. 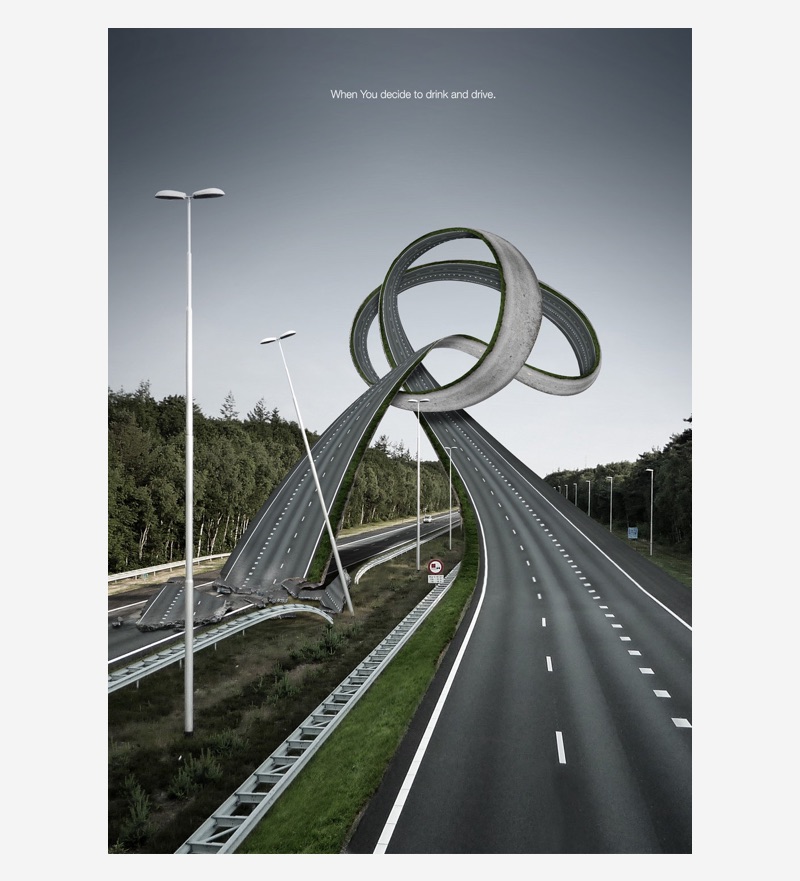 The typography in this poster speaks largely of the experience of drinking and driving even though the type itself is small and almost hard to read. The very fact that you have to stop and read the text, due to its size and contrast inside the composition makes its message that much stronger.

Graphic design isn’t all about print. Many occupations exist that focus on the finer details of the things we use every day.

Some design occupations include:

Many more occupations exist but these should give you a general idea of how much design effects almost everything around us. A designer often picks on an area to hone in on and excels at it but many others will be skilled in multiple roles.

Graphic design can’t possibly be defined in one short blog post so I suggest doing more research on the particular type of design you are interested in as well as the history behind it. Learning about history and typography made me the designer I am today. There’s so much beyond the surface to uncover that you can spend years studying. I know this because I’ve done it!

Many people who aren’t in the design industry often assume graphic design is just a person who designs a logo or a publication for instance, but truthfully it’s much broader than that. Digging deeper to understand how design has evolved as well as how it's all around us will only begin to scratch the surface of what graphic design truly means.