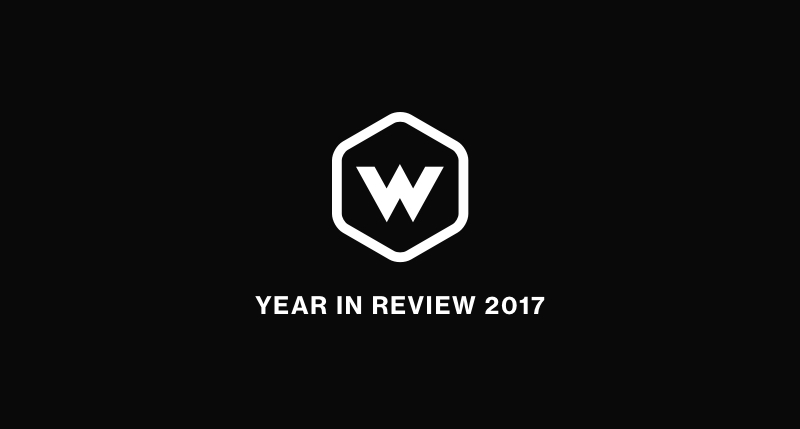 It's been a busy year here at Web-Crunch. A lot of content was authored, edited, published, and distributed. Check out our year in review for 2017.

I want to say thanks to anyone who found my content useful and offered insight when I hit publish. I started this site as an outlet to learn as well as teach. I find teaching others helps me learn more in the end and this year I have learned so much as a result. It has been a gratifying experience each and every week authoring content for both myself and anyone looking to learn along with me. I wish you the absolute best this holiday season. Here's to 2018!

Video made a new appearance on the blog resulting in a huge bump in interest.

Our most popular article on web-crunch.com from 2017 is How To Use The Affinity Designer Export Persona with 2,649 views which is down from last year's top performer Should I use SVG, Icon Fonts, or Images? with 10,841 views.

A new YouTube channel was born currently sitting at 828 842 subscribers.

5 complete new series on web design and development were published.

The newsletter gained over 50 new subscribers with roughly 40 issues sent.

By cross-posting on Medium the profile skyrocketed in followers to 1.92k.

This year I built my very first Hackintosh. Think of this as a computer with PC like parts/components tricked into running MacOS. I covered the build on a vlog on the YouTube channel if you're interested in my full setup.

This may not quite be public knowledge just yet but alongside Web-Crunch I've been working heavily in Ruby on Rails to build a new side project called Affinicasts.

Affinicasts is the home of expert video tutorials and courses showcasing Affinity-Serif products such as Affinity Designer, Affinity Photo, and Affinity Publisher (coming soon we hope…). It's still in private beta as there's a bunch of content yet left to build but I plan to do a deep dive and maybe show you folks how I built the app as well as what plans I have for it towards the future.

Look for an official announcement coming in early 2018! Until then be sure to register to get notified over at affinicasts.com. So excited to get this launched and ready!

Challenges and looking to 2018

Time was my ultimate challenge in 2017. If I could create content for YouTube and my blog each and every day It would be quite blissful. Sadly, to keep the lights on required me to work a lot even though I still put in the effort to get quite a bit of content live. This year me and my wife's agency saw some great success. My wife and I earned a decent amount for our first major year as a small digital marketing agency gaining clients both locally and beyond. We managed to do this all working remotely with the occasional face-to-face meeting which was a perfect fit for our active lifestyles.

Towards the late summer of 2017, Alyssa and I found out we will be welcoming our first baby boy into the world coming March 2018. With much to do in 2018, I saw it as a good opportunity to revamp my personal portfolio in the interest of finding a more stable job.

While our agency had/has true potential, we saw it as a good thing to put on hold for now. The hustle of finding new work, playing an accountant, bookkeeper, designer, developer, and decision-maker added a lot of stress to our lives. While freedom is the best part of owning your own business, the inconsistency and sometimes scary dry times can't compare to the stability of a full-time employed role elsewhere. The earnings weren't quite what we needed with a kiddo on the way I sought change...at least for now.

As I'm writing this, I'm happy to announce I've been very recently (as of Dec. 11th, 2017) drafted into the infamous Dribbble team as their newest Product Designer. I consider it a privilege and honor to be on this team of now 24 folks. I looked up to Dan Cederholm tremendously as an up and coming designer. His books transformed me into the designer/developer I am today. Being able to work alongside him and the other rad folks on the team is beyond exciting. I can't wait to see what the future has in store for both myself and the team. Here's to 2018!