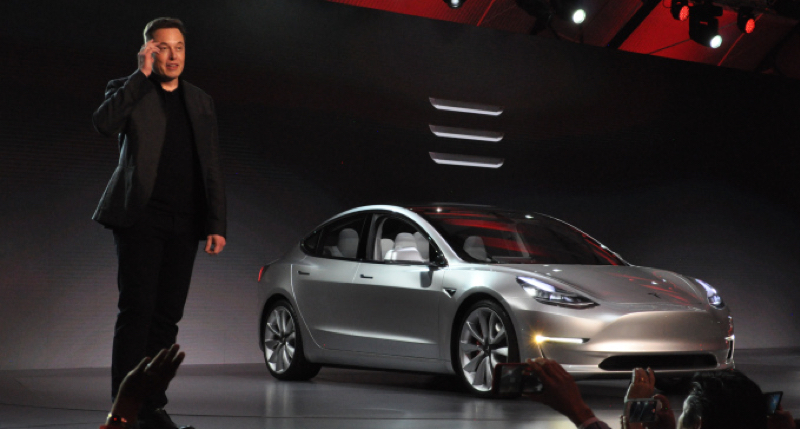 Is Tesla the new Apple?

Brands come and go, but many stand the test of time due to the haphazard marketing strategies put in place by a company. Apple amazed the world with the launch of the iPod in 2001 and then the iPhone in 2007, not to mention the many successful full personal computing systems prior to these devices.

Now in 2016, Tesla is making a “go” at it much like Apple did with the launch of luxurious electric cars (that don’t suck) as well as solar-powered energy cells for private home use, all of which don’t break the bank.

What worked for Apple

Apple’s technologies have come a long way, what stood out to many was the presentation of their products as well as their higher quality build.

In 2001, there were already media players on the market that did what the iPod does but Apple took the concept and built a whole branding strategy around their product, which as a result, got massive amounts of attention. Paying attention to detail, branding, and the overall message is what made them stand above any competition at the time. Apple could then use their efforts from marketing to set better price points on their products, thus offering higher quality products for its loyal consumers.

Owning a MacBook, iPhone, or iPod (sometimes all) quickly became the norm for many in the design community and many other communities. Given its attention to detail and drag and drop type of functionality, it was a given that designers would never want anything else. Will that trend continue? Time will tell.

The PC(Windows/Microsoft/DOS) community continues to still dominate the market for personal computing worldwide but Apple’s efforts have shifted the way many people think and work as a result of their massive campaigns and branding efforts.

How many people have you seen with an iPhone in the past few years? Millions have iPhones that have been sold and are available almost anywhere in the world. In 2014, reports indicated a massive 74.5 million phones were sold to give you a real idea of why things worked for Apple and why branding truly matters.

Why Tesla stands out?

Tesla is going against the grain in terms of producing products and renewable sources of energy for the mass public. Much like apple Tesla is devoted to paying attention to design and brand first as consumers ultimately identify those characteristics first.

Besides the fact that Tesla’s brand is revolutionizing the way we all may transport ourselves and our families someday the brand itself presents itself as sleek and high quality.

You commonly hear the expression function over form or even the opposite form over function to describe what is more important in a design decision upon building anything. Most makers gravitate towards function over form as anything that gets built is essentially a tool to make one’s life easier.

In Tesla’s case, Elon Musk (the president and founder) and his team are targeting both function and form to deliver the best of both worlds. This equation means much more attention from consumers who are looking to help reduce pollution (among a number of other things) and as well as look good doing it.

Before March 31, 2016, Tesla had two cars on its impressive roster which included the Model S and the Model X. Both cars were priced fairly high for what a typical middle-class candidate could likely afford. Now, recently launching the new Model 3 gives more opportunities for anyone to afford a Tesla as the Model 3 has a starting price of $35,000 much like many basic combustible engine based cars.

The launch event itself got loads of press and attention similar to many Apple keynotes that have occurred in the recent past. Lines of people were standing outside the event well before it started. Consumers are buying into the buzz even though the Model 3 isn’t expected to be on the road until 2018.

So why all the buzz? The brand. People will always want the latest and greatest. Much like when Apple releases a new product, there is anticipation building up to initial launch and the same is true for Tesla fans. More and more companies are building anticipation in different ways by giving the public a small piece of information that builds buzz through blogs, social media, and word of mouth. This all gets led up to launch day where people finally witness what’s new and are excited to be a part of it.

Tesla’s brand isn’t just about electric cars. Tesla is more concerned with pushing consumers towards green energy which means using electric-based vehicles or batteries that are charged with renewable energy that stems from natural resources like the sun, water, and wind. Don’t believe me? Do a little research on the Powerwall and if you get the time watch Elon Musk in action explaining what a difference these could make for our world:

Global warming is always a topic of concern as it’s happening whether we like it or not. Tesla’s going against the trend of using fossil fuels to create energy and at the same time are getting good press for their efforts.

I personally support Tesla’s efforts. I don’t think there are many that would be against finding a better way to produce the same if not better results when it comes to energy. Oil companies seem awfully greedy when it comes to providing for their consumers. Adjusting fuel prices whenever and however they want tends to leave anyone stuck with a vehicle dependent on fossil fuels at the stake of these companies.

I may very well be wrong, but I predict Tesla’s brand will soon be the new Apple when it comes to product launches, product adoption worldwide as well as general build quality. The brand will stand apart from a pack as Apple has but as they say, all good things come to an end. I just hope if it does come to an end it is for the better

Watch the unveiling of the new Model 3 here

Tags: apple testla brand positioning
Previous Why designers should never settle on ...
Next How to REALLY clean up WordPress