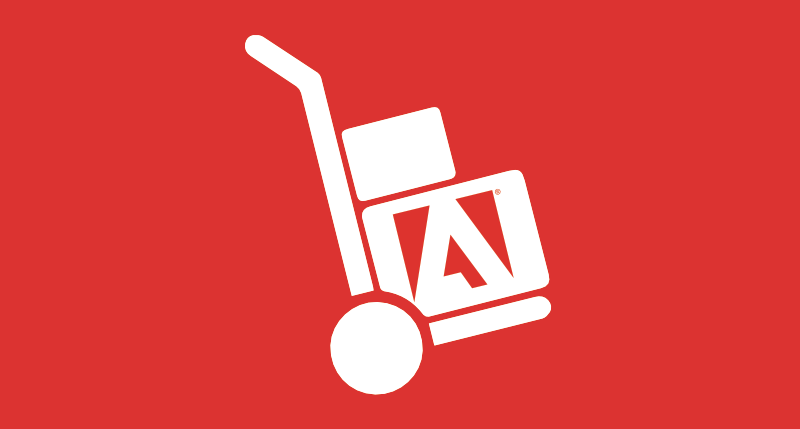 Moving away from Adobe

For the past decade or so designers across the globe have looked to Adobe software as their savior when it comes to digital design and publishing. With massive amounts of products on the market like Photoshop, Illustrator, InDesign, Dreamweaver and more, Adobe has ranked supreme to most of its users and rightly so. Adobe’s software has been top-notch for years and it explains heavily why so many of us rely on it in our day-to-day work.

Up until recently, there has been a new awakening of design and prototype-based applications emerging into an empty market. Many of these applications are targeting the same users Adobe once had complete power over.
Some of these applications are going back to the days of fixed-pricing while others are maintaining a subscription platform but are niched out for a specific purpose rather than a be an end-all type of product.

Is Adobe going to be the main “bread and butter” for designers to come? Time will tell. What we can study now is if Adobe can hold its ground with these new applications coming to the market.

Can you survive without using Adobe products?

The short answer is absolutely. Adobe has been there for us through thick and thin. I myself got started with Adobe Creative Suite 2 (CS2) many moons ago and have used each big update since. I was getting awfully comfortable with their applications which were both good and bad as I think back.

Photoshop became my best friend and I undoubtedly got pretty decent with the program. From that point forward you could say I was a prime candidate for being an Adobe advocate for life. To my dismay, that was all about to change when they switched to the software as a service model (SaaS).

Where Adobe is falling short

Subscription-based software makes sense from an application developer's perspective as well as the consumer. What makes me wary, especially with Adobe, is what falls between the cracks. The subscription model without a doubt keeps the wheels turning for any app. This is great for bug fixes, performance enhancements, user interface refreshments and more, but where do we draw the line?

Ever since Adobe switched to the SaaS model I feel like the applications have suffered greatly. Sure they may look nicer and offer more features, but now we are running into performance bugs and a cluttered experience (thinking of you Photoshop). Adobe is taking what’s on the market and throwing it on top of the burning pile. This is leaving designers like myself looking for other options. Many of which look very appealing.

Will Adobe make a comeback?

I have no fear that Adobe will go through some repositioning with its applications to adjust to the market trend and needs from its existing users. The state of applications is always changing. A lot of applications are making use of the “cloud” to sync your work to a server somewhere else for increased efficiency in your workflow. This feature plus many others are definite game-changers in a given app.

The saving grace for Adobe’s applications currently is Creative Cloud. While I’m not a huge fan of it, I do like some of the features it has to offer when it comes to filing handling and sharing.

From my own perspective, I would hope the subscription-based model ends. This would mean less frequent updates but in reality, the updates that come out would be tried and tested rather than these hotfix type of updates that seem to create issues elsewhere.

Time will tell if repositioning occurs. I’m hoping for the best myself as I love Adobe products but like many, I’m on the hunt for more affordable and less bloated solutions.

Check out a blog post about the new app from Adobe

I couldn’t leave out the new hype about Adobe Comet which might bring Adobe back to the top in 2016. It would be safe to say this is Adobe’s fireback to the increasingly popular Sketch application many designers are using instead of Adobe products. While Adobe Comet hasn’t hit the market yet, it's safe to say it will be another good solution for UI/UX designers specifically.

Key Features of Comet (to date):

How can I make the switch?

Like many, I have already begun making the switch slowly to other contenders in the market. From my own experience, I would just tell you to dive in otherwise you will get stuck in your comfortable pattern of opening up Illustrator or Photoshop-like we’ve all done for years. Sometimes you just have to, I get it.

A small tip that’s helped me is to remove Adobe applications from my iMac’s dock and replace it with newer alternatives. Doing this gives me a shortcut to the apps that I’m more likely to open rather than hunting for an Adobe application. It seems stupid but it works. If you’re on Windows you can assign aliases the same way. Get them out of view and you’ll stop relying on them so much.

What about deliverables and compatibility of older files?

This is a big issue when working with newer applications. Some users aren’t up to speed on the latest trends and still make use of older Adobe products (which is fine, seriously). If you decide to jump to a new application you need to think ahead about deliverables. Some clients and companies expect PSDs from their designers which of course are native to Adobe’s platform. Does your application export to this file type? Likely not.

Right now there is a transitional period that's happening where designers need to do double the work when readying designs for developers or clients. Many newer programs offer a lot of output types when saving a file. Unfortunately, very few offer to save as Adobe specific file types. With this issue on the rise, designers need to be able to export in one program and then do it again in Photoshop to hand off assets any party can later work with. What a drag!

The good news is many deliverables are becoming more scalable. By this, I mean technologies such as SVGs and vector-based art. This means exporting to a more adaptable filetype (rather than PSD, PNG, JPG, GIF) is a reliable approach.

In web design, maintaining responsive assets these days is crucial for most modern websites and applications. Designers need to keep this in mind from the start or they could easily run into problems later.

Fortunately, some applications, including Adobe, are seeing this issue and improving upon it.

Adobe packs a punch and has owned the creative digital industry for a long period of time. You can consider it a monopoly if you will. In time, the weaknesses of monopolies are addressed by other parties and as a result, new solutions are born. This is the case for many new contenders in the creative market offering applications that pick up where Adobe products fell short. Some applications are complete solutions to the same problems Adobe products try to solve while others hone in on a particular feature and maximize its potential. Below is a list of big contenders that fall under the two categories I just described.

Affinity hit the scene with Affinity Photo as their flagship application. You can think of it as a Photoshop clone with big improvements. I’ve had the chance to play around with Affinity Photo and Designer the past couple of weeks and it’s safe to say if you’re migrating from Adobe you will feel right at home.

Key Commands, Layout Adjustments/Setup, Filters, Blending Effects, Masks, and more all feel all too familiar when using the product.

The best part about Affinity Products is the price. There is a flat, extremely affordable fee with unlimited updates. What more could you ask for?

The next best part is backward compatibility with Adobe products. Want to open your PSD with Affinity? You can! Want to save as a PSD? You can!. I wasn’t aware of this compatibility when I first got wind of Affinity products but now that I know this there’s literally no reason to keep paying high prices for an Adobe subscription.

Affinity products all offer trial periods to learn and get used to the apps. I invite you to download a try and take a test drive. You’ll see just how easy it would be to move from Adobe.

Affinity Publisher is still a work in progress. You can consider this an InDesign competitor. I’m anxious to see how it compares to Adobe’s InDesign which is frankly a very nice application.

Sketch has gotten the most buzz around the designer industry. It was the first of its kind to target a specific style of design and succeed almost overnight. The program is a vector editor geared towards user interface and user experience designers in mind. It took what Adobe Illustrator currently is and stripped away all the garbage that comes bundled with the application. Features such as symbols, unlimited artboards, community-built plugins, and more make the application a breath of fresh air from those stuck on Adobe.

This application also has a flat fee with the choice to try a free trial. The team behind Sketch frequently releases updates so you know that attention is being given to the product.

Great uses for Sketch include, but are not limited to:

If you’ve ever had just about enough of Photoshop there has been a contender known as Pixelmator on the market for quite some time. Think of this app as a refined Photoshop image editor that reduced the garbage and put what matters most forward. Pixelmator is an attractive application and available for download in the Mac App Store. There’s even an iOS equivalent available so you can edit on your Tablet or Phone if you’re crazy enough(Using the new Apple Pencil and iPad Pro I can see the use case here) :)

So should you switch? Has the time come to spread your wings and fly out of your comfort zone with Adobe? Consider it an exercise to begin trying any of the contenders listed (or more if you know of any). If you are an all-around designer, I can’t recommend Affinity’s products and Pixelmator enough. If you primarily work in the realm of UI design, then Sketch should become your new friend. The best part about all of the contenders I mentioned is that they are a flat fee, You get updates, there is no creative cloud subscription involved/required, and you can focus on designing instead of troubleshooting and becoming aggravated with your software.

Tags: adobe affinity pixelmator sketch
Previous Should I use SVG, Icon Fonts, or Images?
Next Another 13 Ways to Earn More Income W...