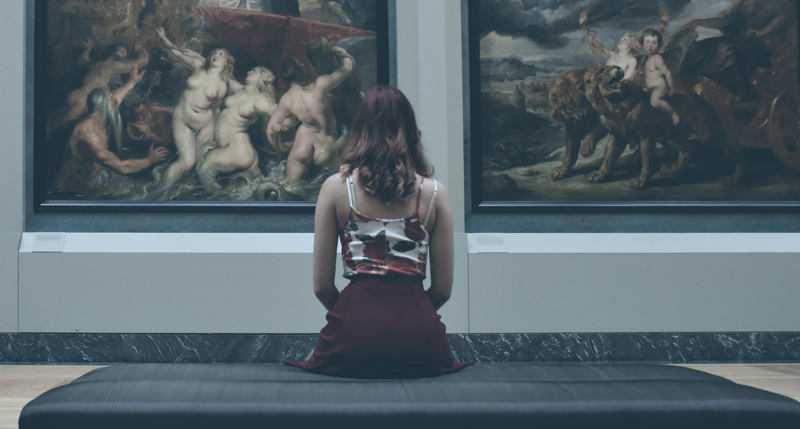 All my life I have found peace in solitude. Many of my best ideas have come together while working alone as a designer. Those “Ah-ha!” moments seem to take place more often and because of this, I’m happy to be an introvert.

While this post supports introverts, I certainly don’t dislike extroverts. I think in theory you can’t be fully one mindset or the other because that would drive you insane. This article is an attempt to explain what it’s like living as an introverted professional in the modern world.

One-third to one-half of all people are introverted.[1] People of this type enjoy their alone time and use it to recharge. Introverts do this to help digest previous events, interactions, as well as a time to learn and brainstorm new ideas. Because of this preferred alone time, introverts are often seen as outsiders those that are not one themselves.

Studies show that creative minds are often introverted minds [5]. An introvert who spends more time alone to sort out their own thoughts often leads to higher yields in learning.

Have you ever heard of Gandhi, Charles Darwin, Rosa Parks, or Eleanor Roosevelt? How about the creator of the Dr. Suess series, Theodore Seuss Geisel?

When interviewed, all these people considered themselves introverted and found they are more content doing things alone than in a socialized setting. These people rose to fame based on their thoughts, ideas, and creativity most of which occurred while alone. While none of them really wanted to speak in public, they realized to continue their legacy they needed to. Theodore Geisel often feared to meet his younger fans as he didn’t want to obstruct the characters and stories by diluting a child’s imagination. It sounds like a very humble gentleman to me. Could this explain why he was successful?

Steve Wozniak, the guy behind that Apple computer you might be reading this blog post on, invented the first Apple computer. Steve worked in a solitary cubicle at Hewlett-Packard before meeting Steve Jobs who both later founded Apple computers out of a garage.

Wozniak worked alone to build the device at his parent's house in California. He once stated that if he hadn’t deliberately worked alone to create the computer, it’s safe to say the Apple brand may have never existed in the first place.

I’m sure you’ve also heard of Jesus, Buddha, Moses, and Mohammad once in your lifetime right? Many major religions have defined leaders or prophets who went off on their own to have epiphanies. They later returned with a message in which people were taught to follow upon. This process is similar to that of an introvert who needs to go process things alone before returning with relevant ideas and discoveries.

When Society Fights Back

Often enough, introverts need to take the extroverted route to spread their own discoveries. While the presentation might not be as flawless or dominating as an extroverted person’s, an introvert is still capable of outlining key points and ideas effectively.

Schools of all types promote only extroversion. It’s a shame that this still holds true for the simple reason that most ideas come from within.

Remember the dreadful time when your teacher began a lesson by ” breaking up into groups”? For an introvert, this announcement was a complete nightmare. There are so much unpredictability and less time to gather thoughts when working in groups from the start.

Groups commonly follow opinions of the most dominant and charismatic person in a room even though it might not be the best opinion to support. This is true even if there is zero correlation to how they speak to their thoughts. Even if the dominant voice is completely wrong they still use their natural dominance to pursued others to take their side. In this situation, introverts don’t want to overstep anyone’s boundaries so they often give in to the dominance though they might have ulterior ideas.

Rather than each member of the group assessing the problem and trying to come up with their own solutions first, teachers push students in the opposite direction and enforce group work before any thought is given. This makes me think of the metaphor “Shooting yourself in the foot”.

Does this ring a bell for you freelancers out there with dominating clients? How many times have you given in to a client’s request simply because they assure you they are right about something? Then, of course, it turns out they are wrong, but they won’t admit that, will they?

Don’t get me wrong, group work isn’t all that bad. In fact, many teams build some amazing products and services out there. The issue isn’t so much the group work but the order in which it happens. An ideal setting for an introvert is to gather thoughts and opinions first and then later share with a group their findings. This allows everyone to have an equal voice from the beginning and denotes the dominative aspect that commonly takes place.

Introverts in the Creative Industry

Most creatives shift towards introversion rather than extroversion. Introverted creations are produced alone and are the result of a single idea by a single person. This sometimes isn’t always the case. There could be a collaborative creation taking place but usually, that type of creation is a series of individual ideas combined.

Leadership roles in the creative industry often consist of people who are good communicators and are more of people persons. One would assume, through conditioning, that a leader needs to be an extrovert. While this can certainly work and is often the case, it doesn’t mean a leader can’t be an introvert.

If you have an introverted supervisor you may find that you have a bit more freedom with your position. There’s less involvement which means you’re given more freedom to come up with ideas or resolutions on your own rather than being told the direction to take. This can be both good and bad.

It can be good because, as a creative professional, creative freedom is what we all want. It’s bad because sometimes little communication means the overall problem and solution may get skewed in the creative process if everything isn’t clear. Consistent check-ins and reviews could help alleviate this, but then you lose your freedoms by doing so.

Introverted leaders are generally less likely to take risks, but are more likely to produce results.

Most of the people I know, myself included, rarely stop thinking. There’s always some piece of the puzzle left to solve and we often get caught up in the puzzle until we figure it out.

When you give your mind a break you may be able to solve that problem you’ve set out to find. The answer can even by lying right in front of you. All of this said I cannot express enough the importance of unplugging for a while to get inside yourself. Have your own revelation or epiphany like many religious leaders before you.

I personally struggled through a recent burnout phase. I couldn’t bring myself to work even work kept piling in. I found comfort in doing literally nothing, as well as just having conversations with my peers.

This all holds true for introverts. Why? Because being alone can just get downright lonely. While we prefer it and are more comfortable on our own, everyone needs social interaction of some kind.

Introverts and Extroverts come together to produce extraordinary things. Sometimes the best pairs of people are one introvert and one extrovert (i.e. Steve Wozniak & Steve Jobs). Introverts never needed to be perceived as outsiders. They may do things differently but can still come to the same conclusion an extrovert can. Before you judge someone you may pick their mind first because the more freedom we give to introverts the more likely real-world problems can be solved