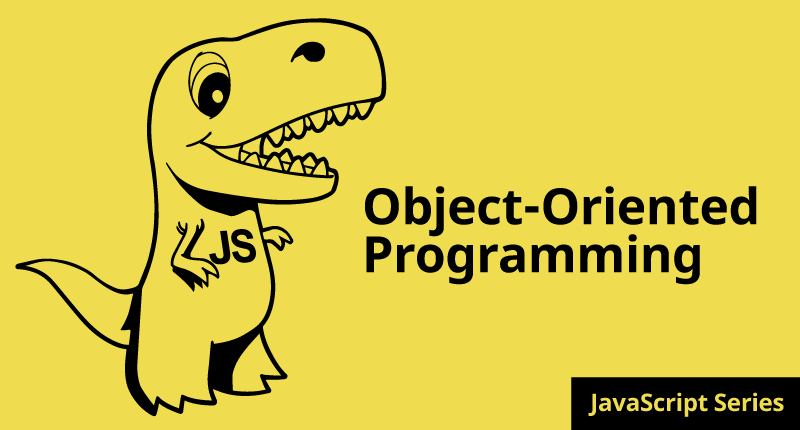 Object-oriented programming is an advanced way to make use of JavaScript data types as a whole. This type of programming works for most languages available, but our focus, of course, is JavaScript in this series. Objects can be custom-tailored to contain virtually any groups of data you may need. This data can then be accessed using properties or methods you set in place.

A great way to develop using JavaScript is to make use of objects. This post will help you understand the advantages of objects and how to go about using them in your own projects.

What is an Object?

I discussed briefly what an object is in Part 2 of this series. Essentially an Object is a way to group data together that you can later access whenever you need to.

The simplest way to create an Object in JavaScript is to create a new instance of an Object and add properties or methods to it. Here’s an example:

A more modern approach to writing the same Object above is to use object literal notation like this:

I personally prefer the object literal notation way of writing an Object for the simple fact that I’m no longer repeating the Object name within each property inside the Object itself.

There are two types of properties within Objects.

Data Properties contain a single location for a data value. These data values can be read and written to this location. These properties have four types of attributes which can describe their behavior.

When every property is set to true you will notice a familiar-looking Object form is written like this:

Here I created an Object called house. I then created a property called squareFeet and assigned it the value of 2200. This means the Value is set to 2200. Any changes to this value are stored in the same location.

Creating a configurable property within an object is a little more advanced. Doing so requires the use of the Object.defineProperty() method introduced in ECMAScript 5. Check out the example:

Setting configurable to false means the property cannot be removed from the object. I tried to delete the property, but nothing happened thanks to our Object.defineProperty() method and the configurable option.

Along with configurable you can use the Object.defineProperty() method in the same way for the attributes Value, Enumerable, and Writeable as defined above.

In most cases, you probably won’t make use of this method. Knowing the ability to configure different attributes is quite nice though. It also makes understanding Objects a little less painful if you can wrap your head around it.

Accessor Properties do not contain a data value. Instead, they contain getters and setters. What is a getter and setter you might ask?

An easier way to describe what getters and setters do is to see them in action[1]:

This code defines two default properties within a book Object: first year and edition. I make use of the Object.defineProperty() method to create getter and setter functions. The getter function returns the book's current values. The setter function allows me to pass new parameters thus updating the code output base on the entry.

I altered the book year to 2005. The result is the edition increasing to the second.

The Art of Creating Objects

A common trend these days is to utilize the DRY(Don’t Repeat Yourself) approach when writing code. Duplicating code results in poorer performance, a messy code base, and more work for yourself in the end if you need to update the code at some point. Luckily there are alternate patterns set in place when it comes to writing Objects.

The factory pattern is a well-known pattern use in a lot of different types of software engineering. JavaScript doesn’t have the ability to define classes like other programming languages. This very notion is why we turn to object-oriented programming to achieve the same result as a class could within our code.

A basic example of the Factory Pattern:

In the factory pattern, I create a function to accept parameters ( three in this case) to be later accessed when creating new users within the createUser Object. This function has no maximum to the amount of times it can be called. This solved our problem of creating multiple similar objects, but it did not solve the object identification issue, or what type of object it is. Enter the Constructor Pattern...

Constructors are used to creating specific types of objects. Native constructors we know all too well are the Object and Array constructors. You can define custom constructors that define properties and methods all on their own. Below I’ll elaborate by using the code from the previous example:

In this example I replace the createUser() function within the Factory example with the User() function. The code inside the function is all the same minus how we assigned the properties. I made use of the this attribute as opposed to initializing a new object. Benefits of this constructor pattern are:

Creating a new instance of a User in my example naturally makes use of the new operator. Calling a constructor in this way results in four steps.

Any function that is created comes with a Prototype pattern associated with it. This Prototype property is typically within an Object containing properties and methods available to instances of a specific reference type. That was probably confusing as hell, right? In simplest terms, a prototype is an object from which other objects inherit properties. An object can be a prototype. All objects have prototypes by default.

And another found on stack overflow here which makes use of Google’s map API by targeting its overlay properties via the prototype pattern.

Prototype constructors can be confusing as all hell. I personally make most use of the constructor pattern or factory pattern, but there are times you don’t always have the luxury of author code the way you want. With that in mind, the Prototype pattern is a safe bet.

A namespace is a container that allows developers to group functionality under a unique name. Doing this is essentially the same as creating an object in JavaScript that you can later get access to in other functions or methods you may be working on.

Creating a global namespace can be done with the following syntax:

This code essentially checks if APP is already defined or not and if not it creates a global object.

The code above is namespacing at work. Here I use our APP namespace or Object and create functionality that our entire application has access to based on what methods I call using dot notation and chaining.

There are a lot of terms thrown around in a given programming language. Below I’ll help clear some of the cobwebs you may have with some of the terms I’ve used in this series so far. Please note that all of these terms and their definitions come from Mozilla’s developer documentation

Namespace
A container that lets developers bundle all functionality under a unique, application-specific name.

Class
Defines the object's characteristics. A class is a template definition of an object's properties and methods.

Object
An instance of a class.

Property
An object characteristic, such as color.

Method
An object capability, such as walk. It is a subroutine or function associated with a class.

Constructor
A method called at the moment an object is instantiated. It usually has the same name as the class containing it.

Inheritance
A class can inherit characteristics from another class.

Encapsulation
A method of bundling the data and methods that use the data.

Abstraction
The conjunction of an object's complex inheritance, methods, and properties must adequately reflect a reality model.

Hopefully, this post has helped you start to wrap your head around Objects and how JavaScript makes use of them as the result of classes not being available within the language. Objects help us use code across entire applications in the most efficient way that is less taxing and easier to understand for both legacy and modern-day browsers.

The Series So Far

Tags: object-oriented programming programming javascript objects
Previous Artist Spotlight Series: Pablo Picasso
Next Why I Use Both Photoshop and Sketch

Part of the Beginner JavaScript collection