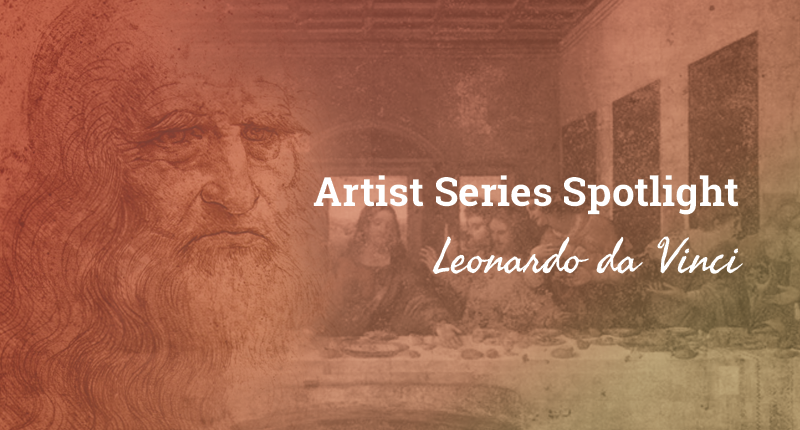 Continuing on in the artist spotlight series I explore the work and history of Mr. Leonardo da Vinci. Known by most as an extraordinary painter and inventor da Vinci did far more than meets the eye. Join me as I dive further into Leonardo’s history and iconic legacy.

Leonardo was an Italian native. He was born in Vinci, a town within Tuscany on the northwestern side of the country. Little is known of Leonardo’s early life and It wasn’t until he began as an apprentice to an artist known as Verrocchio before Leonardo began dealing with art. Here Leonardo was exposed to training in the areas of technical drawing, drafting, chemistry, metalworking, leatherworking, mechanics, carpentry and, of course, artistic skills such as drawing or sculpting. He collaborated with Verrocchio on his The Baptism of Christ, painting the young angel holding Jesus' robe in a manner that was so far superior to his master's that Verrocchio put down his brush and never painted again.[1]

During Leonardo's career, the Medici family was already well established and played a big role in some of Leonardo's successes. The House of Medici was known as the banking family within Florence Italy during the late 14th century. There were the Catholic Church and the Medici family. Both parties we equally powerful but didn't see eye to eye on many dealings. The Medici family's wealth influenced the city within which they called home. The bank they built was used to fund many cultural and territorial expansions within Florence and the surrounding areas in Italy.

In January 1478, Leonardo received his first of two independent jobs. He was assigned to paint an altarpiece for the Chapel of St. Bernard in the Palazzo Vecchio and, in March 1481, The Adoration of the Magi for the monks of San Donato a Scopeto.[2]. Unfortunately, neither commission was completed as Leonardo left for Milan shortly after being hired.

Leonardo worked in Milan for about ten years. He was commissioned to paint many pieces of art, some that we still admire today. See if any of these ring a bell. I'm hoping they do!

Mona Lisa
Perhaps one of the most well-known paintings of our time. The subject's expression is what sets it apart from any painting before it. There is a subtle smile that Leonardo captured and reproduced remarkably well. Thousands if not millions of people have traveled far to see this painting in person. You can find it today at the Louvre in Paris, France. 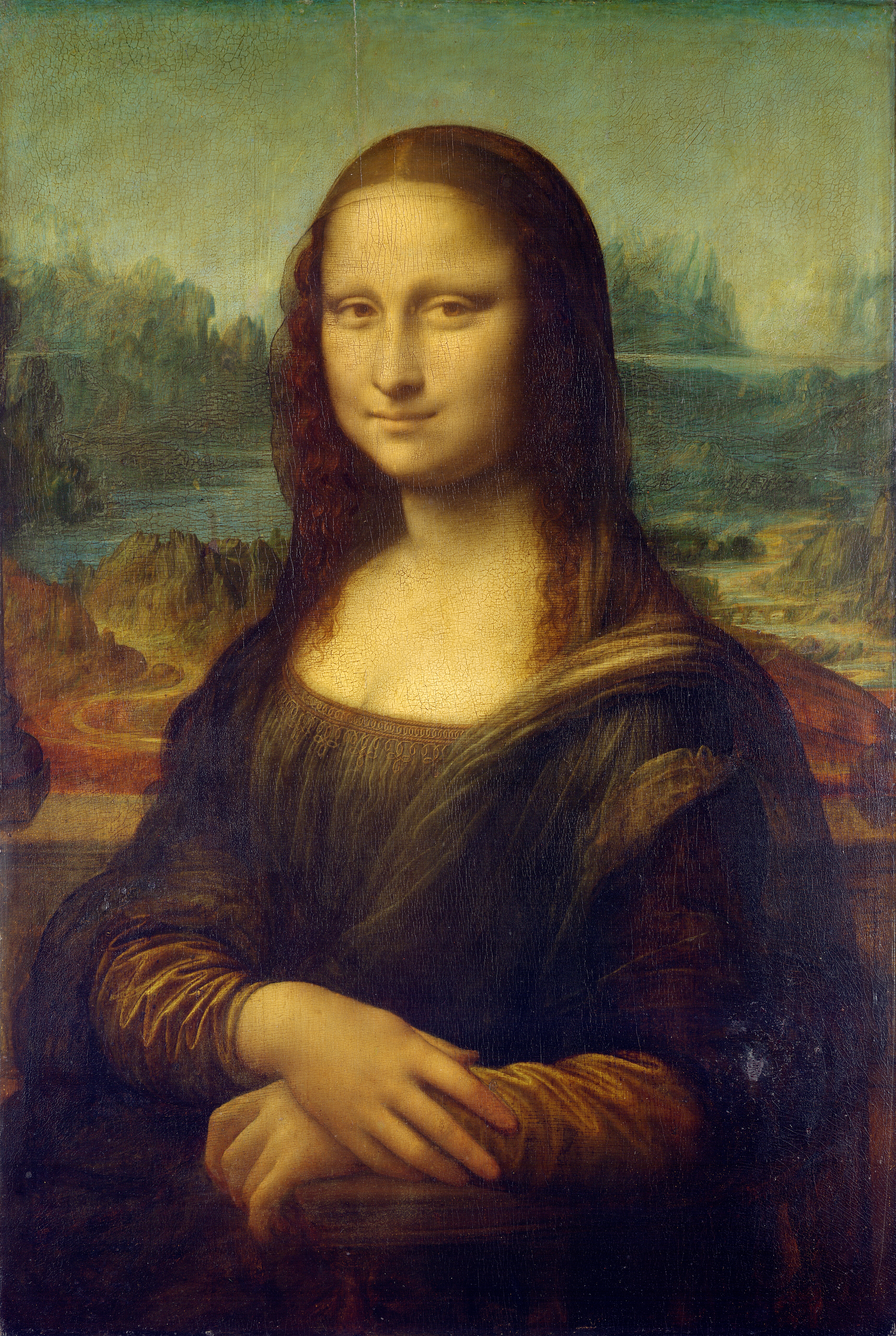 Virgin of the Rocks 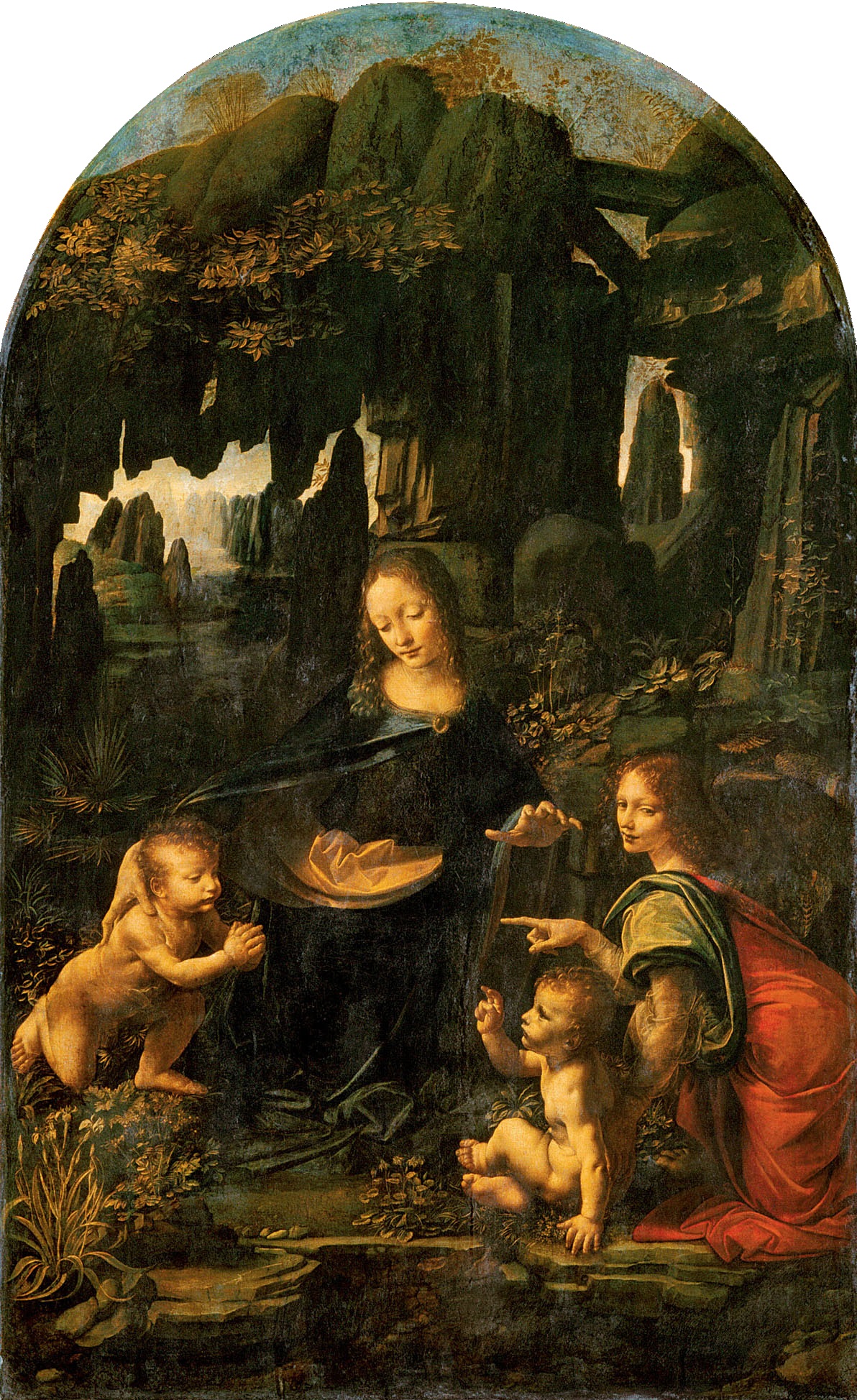 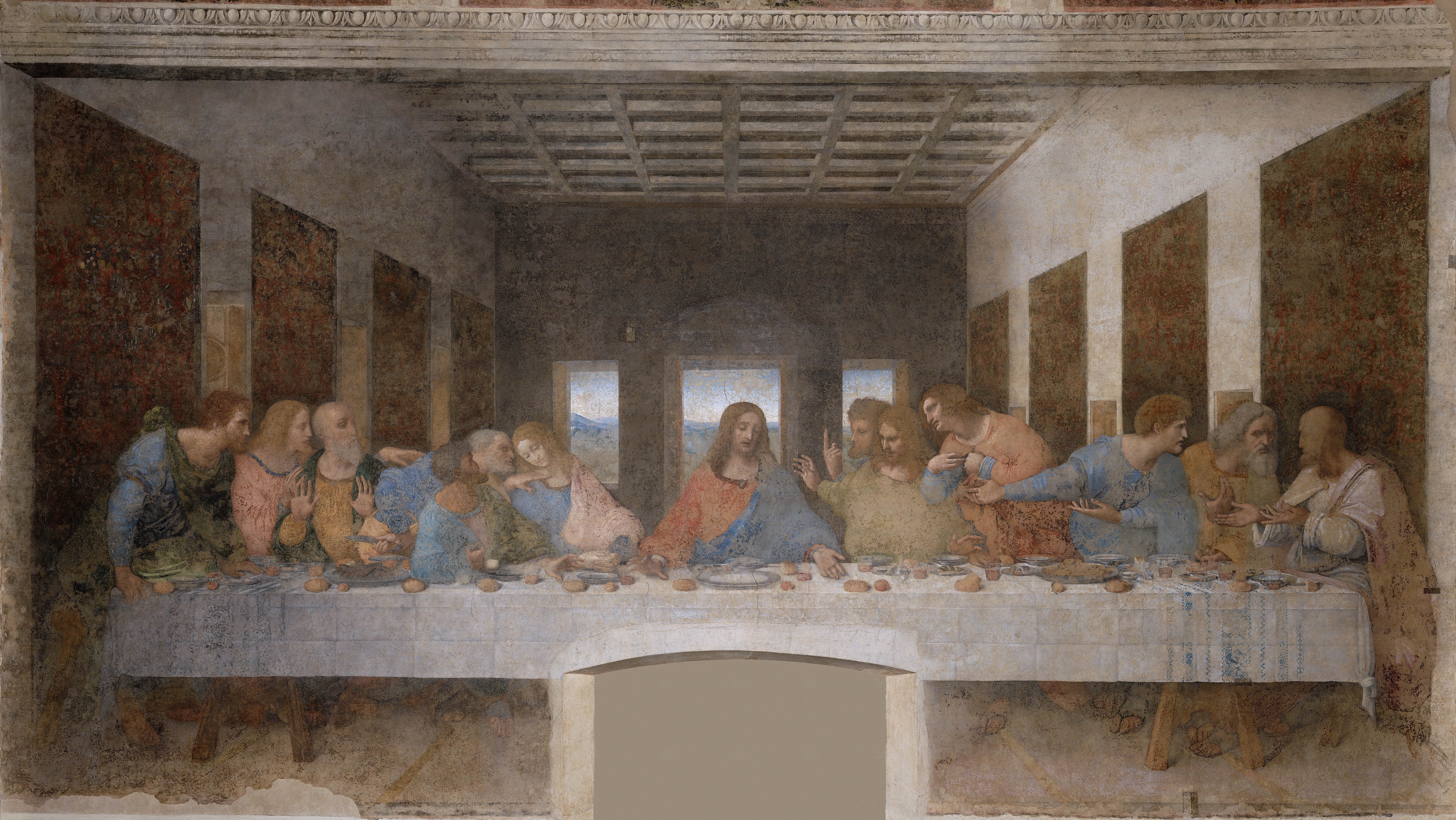 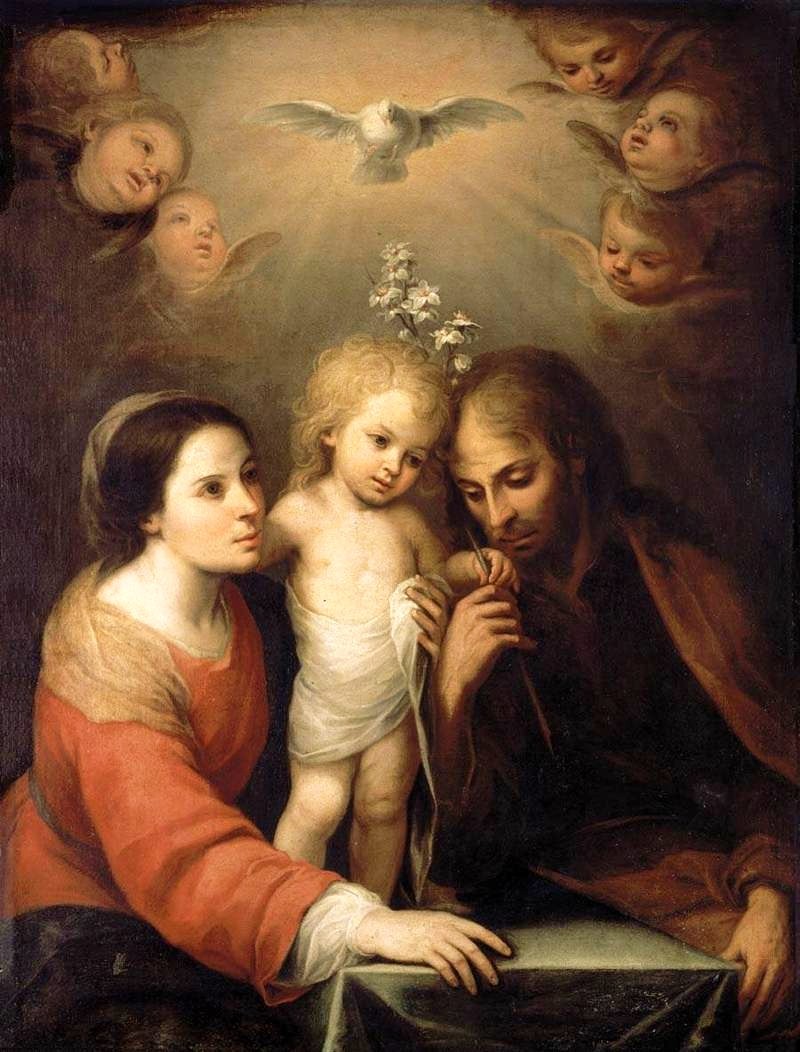 Despite Leonardo's many talents, we commonly view him as a painter by trade. He was a successful inventor and scientist and really didn't get a lot of credit for it. Leonardo was fascinated with the human body and how it was crafted to become one significant creature. Leonardo's journals tell the truths of his explorations and scientific studies towards new ideas. These journals consist of all types of ideas. Many of the pages are sketches along with notes about his discoveries and conclusions. Among the pages of the journal were compositions for paintings, studies of details and drapery, studies of faces and emotions, of animals, babies, dissections, plant studies, rock formations, whirlpools, war machines, flying machines, and architecture.[3]

Leonardo studied the body of both the living in the dead. A lot of knowledge about birth and human anatomy was discovered solely by him. His notes and drawings are so detailed that it looks like something out of a textbook for an anatomy course.

"Studies of the Arm showing the Movements made by the Biceps". Licensed under Public Domain via Wikimedia Commons. 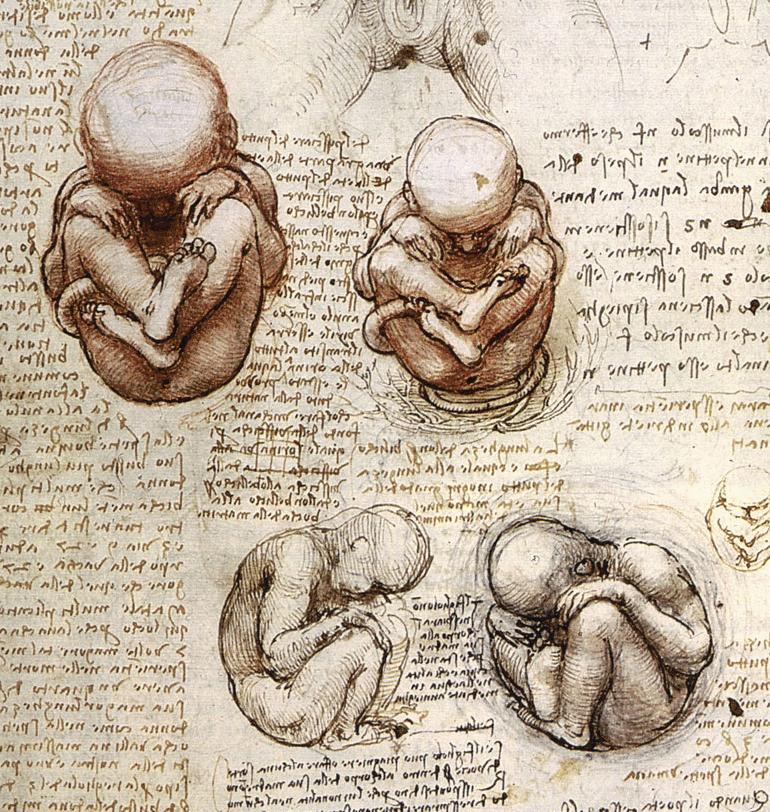 Engineering
Ever hear of a helicopter? Or a machine gun? da Vinci was quite the inventor. His ideas helped build much of what we know and use today. A list of things Leonardo invented are:

Many drawings of machines and weapons we found in the journal which Leonardo was commissioned to design during the Second Italian War. 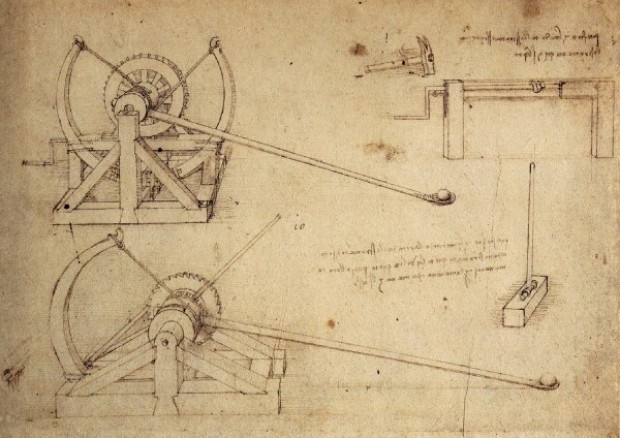 Leonardo was no doubt a man of many hats. He was an inventor, artist, musician, scientist and more but with that came a lot of procrastination in his work. He often left projects incomplete and never returned to finish them. His journals were quick ideas and philosophies, but many of those ideas never came to life. Many sought his talent but much of what he was commissioned to create, Leonardo wasn't passionate about. Much of his life was spent traveling between Rome, Italy, and Milan. He was hired by many to create works of art all while uncovering new ideas and inventions on his own time. Towards the end of his life, Leonardo lived in Rome at the Vatican where both Raphael and Michelangelo were both active. He became close friends with François I who was said to have become so close that when Leonardo died François I held him in his arms as he took his last breaths.

Leonardo da Vinci is a true inspiration to many artists today. Having his hand in so many projects and inventions set him apart from other artists who simply paint or sculpt. Leonardo's work will forever live on for centuries to come and be admired by all artists young and old.