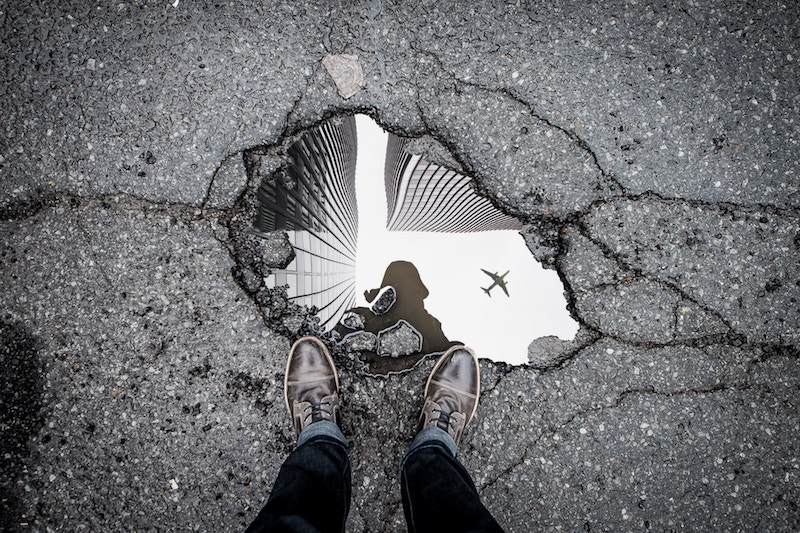 A reflection on creating a course in 2019

In late 2018 I set out to create a new course called Hello Rails. This is a reflection on creating a course in 2019 and some background as to why I am.

I started a YouTube channel some 2 years after creating this blog. It was my first exposure to video that lead to being my main focus.

A few videos stood out on my channel as I was finding my audience/content path. Affinity Designer and Photo had been new design tools in my arsenal at the time. I didn't want to subscribe to Adobe products monthly and Affinity's tools were good enough for a lot less money.

Those apps were getting more mature but hadn't seen a lot of press/attention in the Adobe-ruled design world. Nowadays, there's a design tool popping up every month.

I mention Affinity Designer and Photo because I recorded a few "How to" tutorials on my blog/channel that got quite a lot of attention. That attention gave me the idea to create a space on the web called "Affinicasts". This site would be a collection of tutorials niched out to Affinity-Serif products.

In my bat cave, I spent a few months designing and building the MVP of the app. Looking back I spent way too long on this phase to verify my target audience would even pay for such a service. After months of hard work, I launched the app which was #2 on Product Hunt for the day. The launch was a success but what it lacked was paying subscribers. The app featured both monthly, lifetime, and ala carte payment models. Users could subscribe/buy content to download assets and view the tutorials.

After about a year and some 200 tutorials later I decided Affinicasts should be no more. It was a hard decision but ultimately, the amount of work it took me to create content was exhausting. This was all while working a full-time job and raising my infant son at the time as well.

Even though I'm marking Affinicasts up as a failure, it did get some positive feedback from the community. I also learned so much about Ruby on Rails (the web framework I created it with) when building the app.

Ruby on Rails struck a nerve I had been craving for some time. I was one of those developers/designers who solely worked in WordPress for a number of years. PHP wasn't my favorite language but it did get the job done. I wanted to have more control than what WordPress had to offer. Being sick of PHP, I was immediately turned on to Ruby and Ruby on Rails. The syntax and very clear language of the code were amazingly refreshing to see.

Teach what you want to learn

I've always heard that to learn something well you need to teach it. Even if you're not 100% versed in the matter, you can stumble through and get out what needs to be out. This allows you and your audience to better understand things together.

At that moment, I decided I wanted to learn more about Ruby on Rails and in doing so I started teaching the framework on my YouTube channel.

This framework became a focus for quite some time and has been praised by quite a few folks on YouTube. Today, I've published 70+ videos on the topic and continue to produce more content. In doing so, I noticed my YouTube channel has increased in subscribers daily. I now average about 10 subscribers a day which is insane for a nobody like me. If you're reading this and you did subscribe to the channel I can't thank you enough!

It's 2019 right now. Most software you see for sale follows a SaaS model. That typically means an on-going monthly price tag. I could have tried another SaaS app like Affinicasts but I was craving something more approachable. SaaS is damn hard. Unless it's a product user really need/use, every month you risk churn (unsubscribes). Trying to juggle that sounds awfully stressful and not something I wanted to explore again so close to the sunset of Affinicasts.

Info-products have done really well in the web design and development space. It's really inspiring to see people like Wes Bos, Adam Wathan, and Steve Schoger create books, courses, and content that not only help the community but create careers for themselves.

I'm not trying to be as big as they are. In fact, I don't want to be. What I am trying is to be a little more self-sustaining. Entrepreneurship is a big passion of mine. There's something thrilling about calling your own shots and learning from your own mistakes. It makes that 9-5 a little less of a drag if you can swing it. I'd be lying if I said I didn't want to be a full-time entrepreneur.

I set out to create a course of my own called Hello Rails. Hello Rails is a foundational Ruby on Rails course that teaches you the framework by example. I set out to make this course as a result of the increasing feedback/attention on my YouTube channel. My YouTube content was enough to whet your appetite but never fully-complete. The course is designed to take a concept and build a fully-functional application that get's deployed like a real Ruby on Rails application would in the wild.

But that's already been done

There are plenty of resources for learning in the wild. The infamous railstutorial.org is what most developers know of and point others to. gorails.com is another great resource for expanding further knowledge of the framework. So why another course/resource?

When I started learning to code I craved more in-depth tutorials or courses that didn't edit out the errors. Some video tutorials were so polished it seems like a robot is teaching you hard to understand concepts that you'll just forget.

Teachers like Jeffery Way really do a great job at expanding in on hard concepts. He continues to do so at laracasts.com.

I took cues from his style to incorporate my own take on tutorials on my YouTube channel. Rather than edit a lot of time-consuming stuff out I wanted to capture the "realness" of what it takes to do the things in each tutorial. My course is no exception. Hello Rails sits in at 90 videos, 27 modules, 18.5 hours of content, and a complete book version as well. If that isn't thorough enough then I don't know what to tell ya :)

My hope is that my style and content can help students better understand the Ruby on Rails framework as well as walk away from the course with the confidence to go build their own apps. This type of feeling is something I craved as a student but could never quite find without digging into building something of my own.

Ultimately, building more things and practicing will forever make you more knowledgeable in the software space. No amount of courses, books, tutorials or talks can prepare you for what's ahead. Learning from errors, mistakes, and peers will create impressions of which you know how to handle if they were to pop up again.

This is what teaching and learning are all about.

At the time of writing, Hello Rails still hasn't launched yet. I'm wrapping up some last-minute tweaks to the small framework I built for the course and crossing my fingers Rails 6 officially drops soon. Students will have a dashboard area where they can access their course materials. If they are on a team they can invite teammates as well. It was a fun thing to build but requires some attention.

The course took a lot of time and effort. I probably overdid it a touch. I never really meant to even create a book version but I needed an outline to follow for the course. That outline grew into being a written version 😂. I have learned a lot already from the process but I am excited about what is ahead. That small framework I made can hopefully be re-purposed for future course ideas I may try out. That was the intention of building it anyway.

In efforts of being transparent, my audience isn't as massive as some of the big boys out there but I'm ok with that. At this time my e-mail list is up to 520 531 subscribers which ain't half bad!

I'll most likely launch to that list and focus on my YouTube channel. Then later do an official product hunt launch. Marketing will be key but I hope to make this course more "evergreen". By that, I mean keeping it current but long-standing so anyone in the future can harness the course if they need it. Slow and steady wins the race!

What would I change?

I would probably change the scope of the course to be much smaller and/or make it somehow segmented so people can take a chunk, learn it, and then move on to the next.

The course is huge. I think it might be a little too huge. Ruby on Rails is a massive framework though. The course still doesn't cover absolutely everything. This opens up room for future courses/tutorials I'll do.

Aside from that, I feel I did things right. I'm not launching to an empty audience, I built up some press around it (so much more to do there), and got some definite interest (still continuing to get some). I couldn't ask for much more. Ok, maybe a smooth launch...

We'll see how it goes!

Tags: reflection course 2019 creator
Previous How to Create Custom Scaffold Templat...
Next A Sample From My Upcoming Course Hell...